pay my bill
request an appointment

Wavefront aberrometry is a widely used method of determining refractive error in the eyes of corneal refractive surgery patients. First employed as a diagnostic tool, wavefront aberrometry has emerged as the dominant means of refraction in LASIK, with wavefront data being used to program the excimer laser. The benefits associated with this technology’s ability to fine-tune corneal refractive outcomes are so profound that the intraoperative use of aberrometry has spread to cataract surgery. The ORange Intraoperative Wavefront Aberrometer(WaveTec Vision, Aliso Viejo, CA) could change the way we treat patients. Unlike a traditional aberrometer, the ORange was designed specifically for use in the OR during cataract surgery. The system allows real-time analysis of refraction, astigmatism, and aphakic lens power during the cataract procedure so that we may make adjustments while the patient is still on the operating table. Enhancements have become a common part of premium IOL surgery. If cataract surgery does not result in the targeted refraction, treatment with an excimer laser can generally achieve the desired visual outcome. By allowing us to obtain a refraction in the OR, the ORange nearly negates the need for enhancements and thus boosts patients’ satisfaction. This technology also has the potential to increase the predictability of limbal relaxing incisions (LRls), augment the accuracy of toric IOLs, and better predict the needed IOL power. The aberrometer calculates a precise refraction by using two interconnected pieces of hardware. The unit is composed of an optical head that attaches directly to the surgical microscope and connects to the ORange’s processor and touch-screen monitor (Figure 1). At any point during surgery, we can capture a wavefront measurement. The processor then analyzes the captured data to calculate the refractive value of the eye. 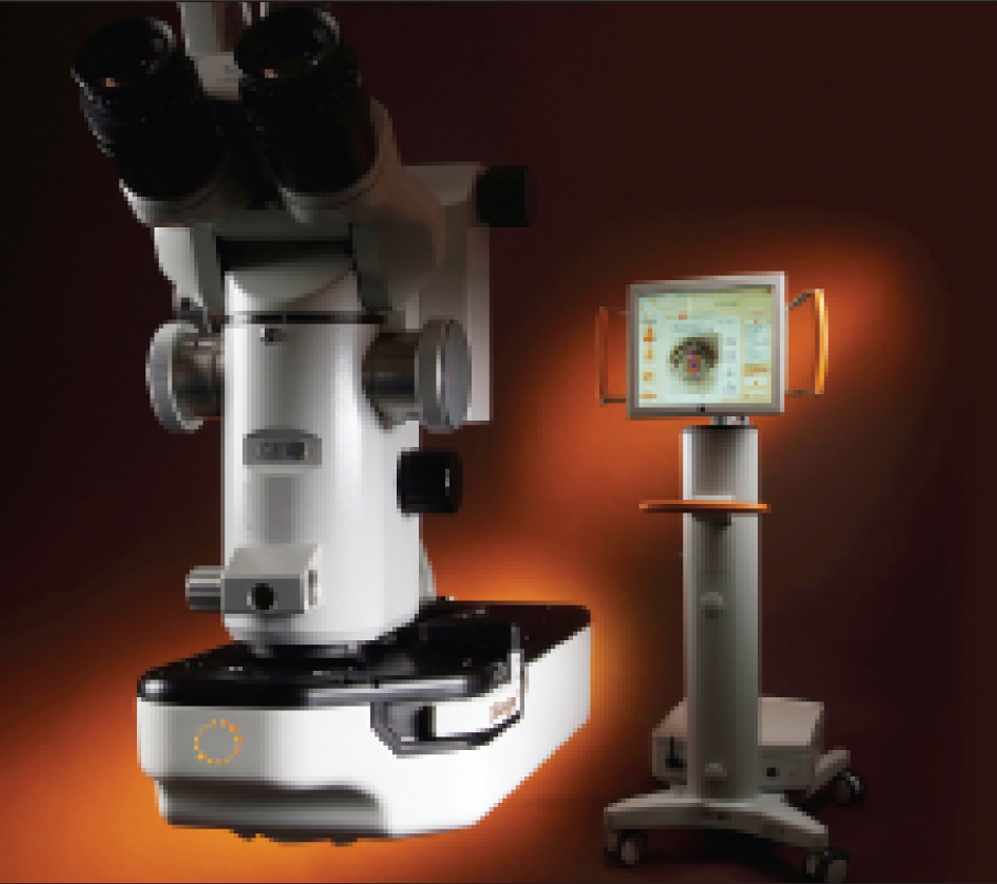 Prior to surgery, data on the patient are entered into and stored on the computer. At the time of surgery, I retrieve these data and choose the appropriate function from the ORange’s menu, such as refraction, LRI, toric IOL, and IOL power calculation based on aphakic refractive measurements. To obtain a refraction, I instruct the patient to fixate on an internal red light. The fixation process allows me to go through a coarse alignment and fine alignment to ensure that the ORange is focused on the corneal apex and visual axis. The coarse alignment involves positioning the crosshair on the screen within the parameter of the four lightemitting diode dots. In the fine alignment, the goal is to center the crosshair in the center of the reticule. Only then will the system capture the aberrated wavefront images. The ORange will acquire and analyze 40 images in approximately 20 seconds.

Initially, it seemed as if the ORange would be a useful method for checking the postsurgical refraction. Although the unit can perform this function, I have found it difficult to achieve the exact effective lens position of the IOl when inflating the anterior chamber for readings. This variability in postimplantation spherical readings prompted the development of the second generation Gen II aberrometer head, which allows aphakic readings. Because astigmatism is not greatly affected by effective lens position, the ORange system has always been accurate for lRls and toric IOls. 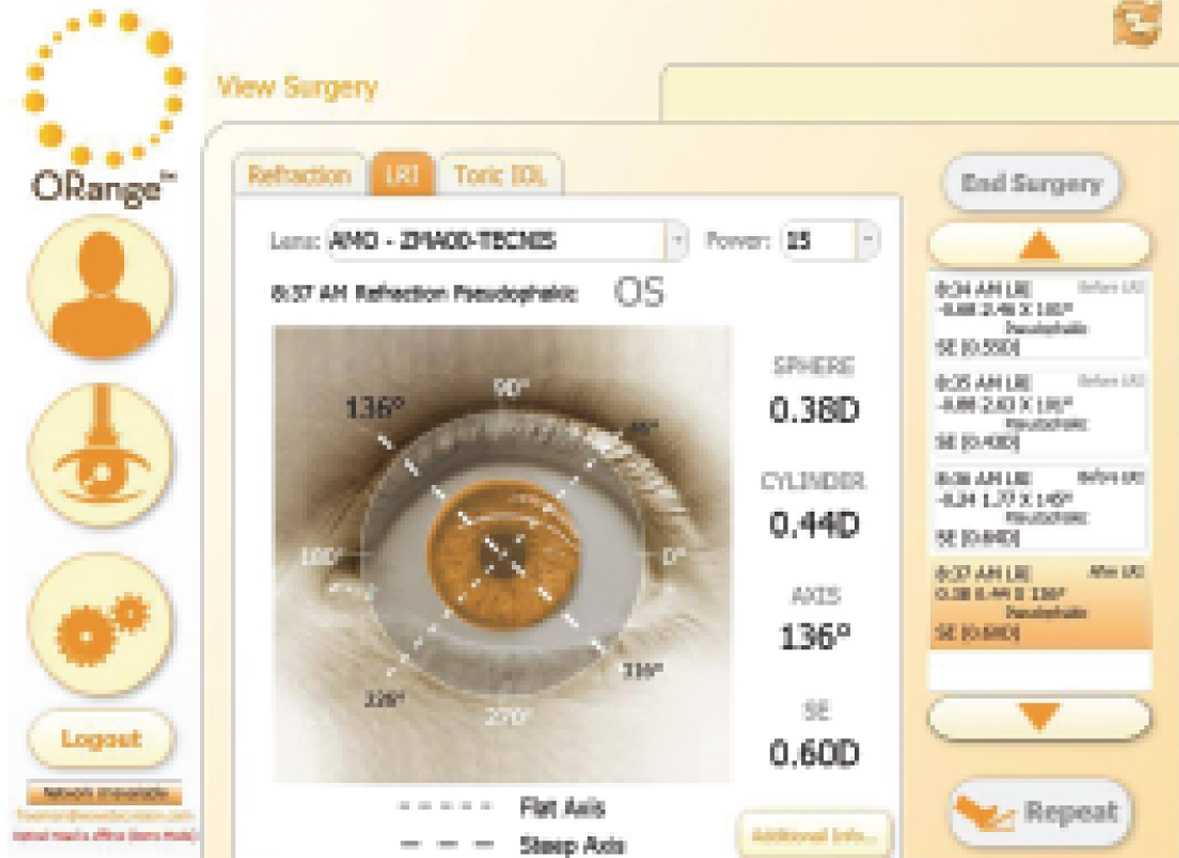 The use of lRls has been fraught with variability. The procedure’s low cost and simplicity allowed it to survive the advent of laser vision correction. By allowing us to acquire preoperative measurements in the OR, the ORange eliminates the need to mark the patient’s eye preoperatively. When lRls are to be performed in conjunction with cataract surgery, the unit automatically and accurately accounts for any surgically induced astigmatism. In the past, we relied on lRI nomograms to help predict outcomes. Now, we can make the incisions and acquire a post-lRI refraction. If this reading shows too much residual cylinder, we can deepen or extend the lRls to help avoid the need for a postoperative enhancement. When combining cataract surgery and lRls, I prefer to take an initial refractive reading with the ORange before penetrating the eye. I check whether this information is similar to the preoperative refraction and aligns with the corneal topography. Next, I create an LRI that is smaller than Iwould normally use, which allows for suitable initial depth resulting from a firm eye. Ican easily lengthen the incision later if necessary. After implanting the IOL, I fill the anterior chamber with balanced salt solution until the eye is firm. I then perform intraoperative wavefront aberrometry to see if the LRI(s) must be extended. I can repeat this process until Iachieve the desired result (Figure 2). 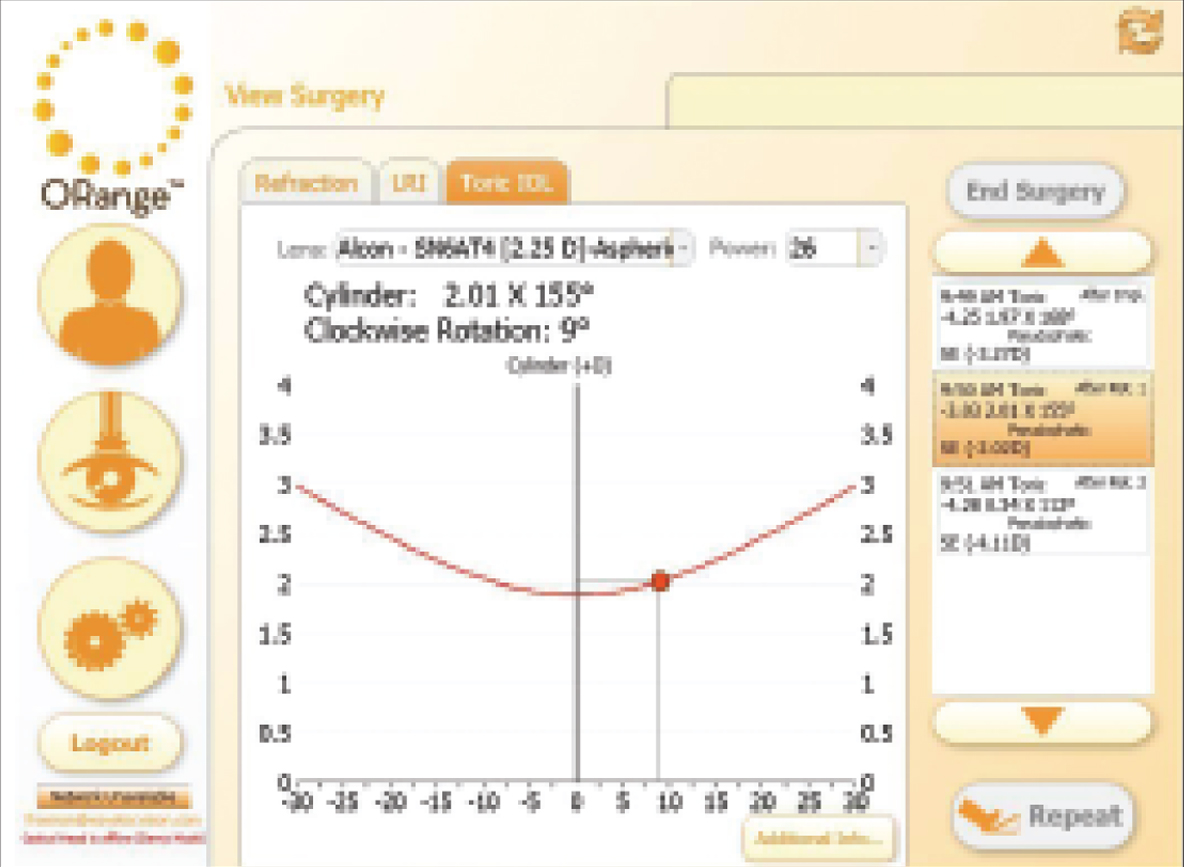 Corneal markers help us to align a toric IOL, but all of them depend on preoperative measurements. Even the different toric calculators assume a set amount of induced astigmatism from the corneal incision, but the steepness and thickness of the cornea varies. In eyes with irregular astigmatism from keratoconus, pellucid marginal degeneration, or previous RK, these toric calculators can be grossly off on the optimal axis of treatment.
An initial set of readings with the ORange while the eye is aphakic tells me the appropriate IOL power, the ideal axis of astigmatism, and the true amount of cylinder needed Whereas current toric IOL calculators are conservative on cylindrical power, using the ORange has shown me that a large percentage of patients would benefit from an IOL of the next largest cylindrical power than chosen preoperatively. I perform aberrometry again after implanting a toric lens to provide me with the refraction and to indicate the direction of rotation needed to optimize the lens’ placement (Figure 3).1 repeat the process after rotating the IOL accordingly and have found that doing so yields impressive results even in difficult cases such as an eye that previously underwent eight-cut RK with astigmatic keratometry (Figure 4). 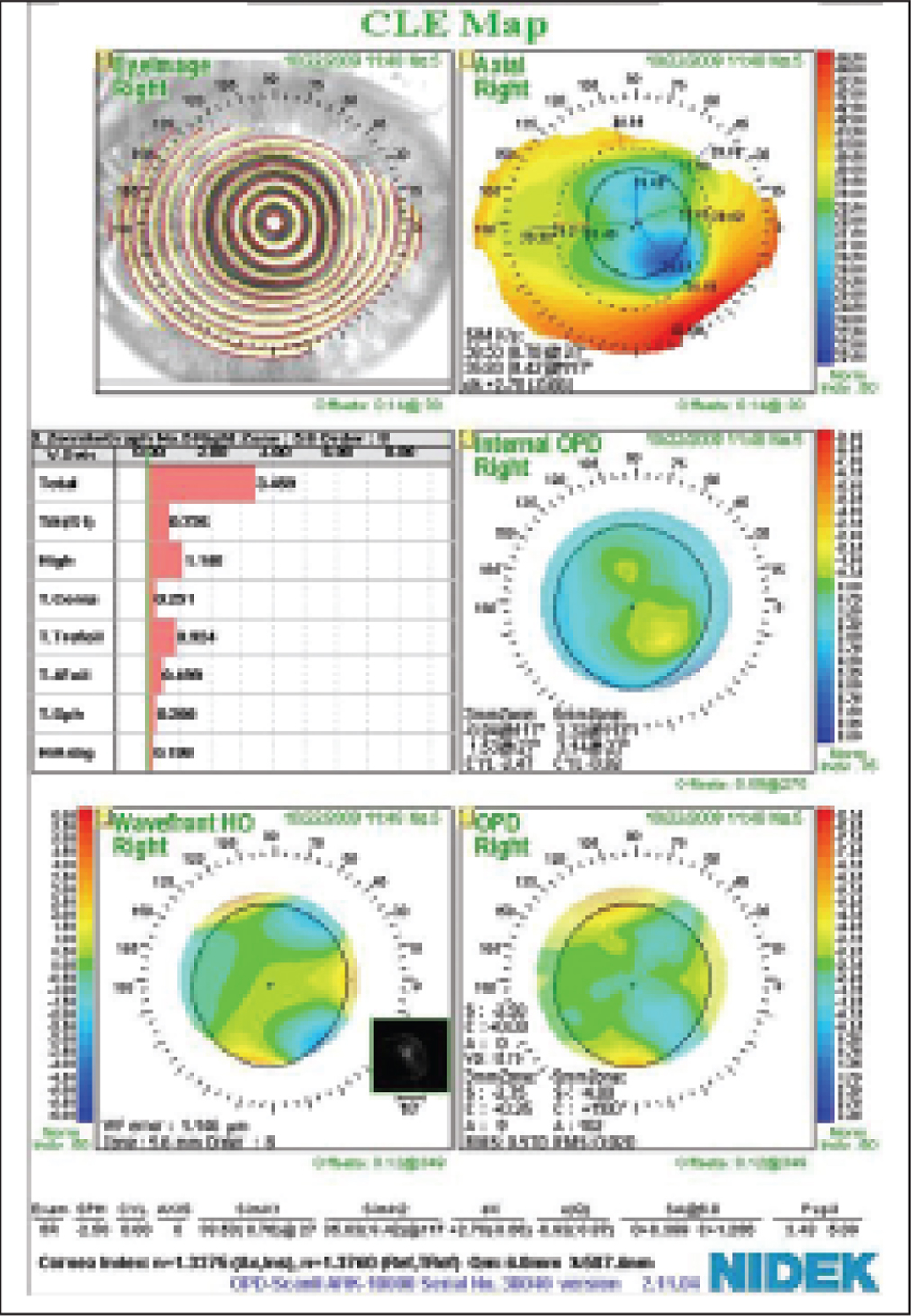 The ability to accurately predict the appropriate IOL power without keratometry or axial length will help to avoid postoperative surprises when we perform cataract surgery on patients who have undergone refractive surgery. The advantages will be obvious for eyes at the extremes of axial myopia and hyperopia, for which the current IOL power formulas have difficulty.

Obtaining real-time refractive data allows me to act immediately to improve visual outcomes while simultaneously reducing the number of postoperative enhancements I perform. The minimal extra time in the OR has resulted in considerable cost savings by decreasing the time I spend in the examination lane and on enhancements. The real price of suboptimal outcomes, however, is a loss of referrals. I expect that the ORange will initially be most popular for premium IOL surgery and complex cataract procedures. In time, however, I suspect that our use of the device will become commonplace, especially among those of us dealing with capitated HMO pools where there is no incentive to perform preoperative biometry. The ORange can eliminate this step through aphakic power calculations.

You know your eyes better than anyone.
If they don't see, feel or look as well as you'd like them to,
Request an Appointment with one of our doctors or call 239-542-2020.

Bladeless Cataract Surgery
Learn More
Don't Run Out!
order your contacts online
Tired of Glasses Or Contacts?
find out if you are a candidate for lasik